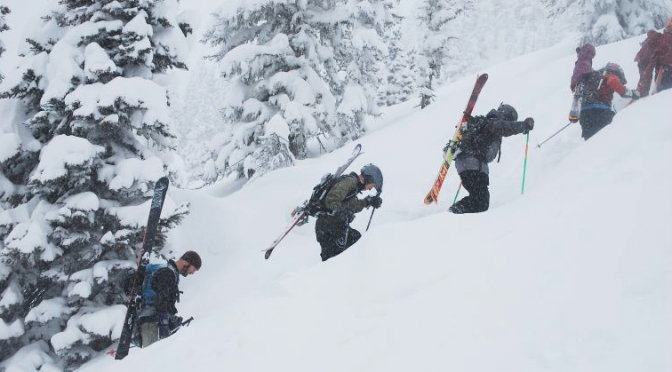 by Drew Pogge
Every town has a vernacular: a local lingo, idiom, or dialect.  For instance, in the Northeast, an ordinary ice cream cone is called a “creemie.”  Gross.  But Bozeman is no different and unless you want to sound like a creemie-slurping fool, study up before heading downtown.  Here are some terms you need to know.
Ridge Hippies—locally envied dirtbag ski bums who devote their entire lives to skiing Bridger Bowl’s famed steeps.  Also: sculpted, chiseled, and otherwise modified-looking hipsters who “fake bake” between yoga sessions and mugs of yerba mate at the Ridge Athletic Club.
Hunting Season—the specific time of the year in which it’s legal to kill some kinds of game animals.  In Montana, that time is, well, any time you want.
Bozeman Blight—a beloved part of northeast Bozeman that is undergoing large-scale renovation and improvement.  Also refers to the fact that the growing season for fruits and vegetables in Montana is approximately four days a year.
Cougar—a predatory cat native to the mountains of Montana.  Also, a predatory middle-aged women native to divorce courts, expensive rug galleries, and Plonk.
Downtown—in Bozeman, it’s the place to meet friends.  It’s also the title and infuriatingly redundant chorus of a 1965 “oldie” that radio DJs continue to play only because it’s fun to watch
Belgradian—a resident of nearby Belgrade (also: Belgradite, Belgradonian, and “Mel”), and a blue-collar, beer-based beverage.
The Barmuda Triangle—sounds like an area of the North Atlantic Ocean in which suspicious numbers of vessels and artcraft have vanished without a trace.  But it actually refers to the triangular configuration of the Molly Brown, Scoop Bar, and the Haufbrau, where suspicious     numbers of brain cells and inhibitions have vanished without a trace.